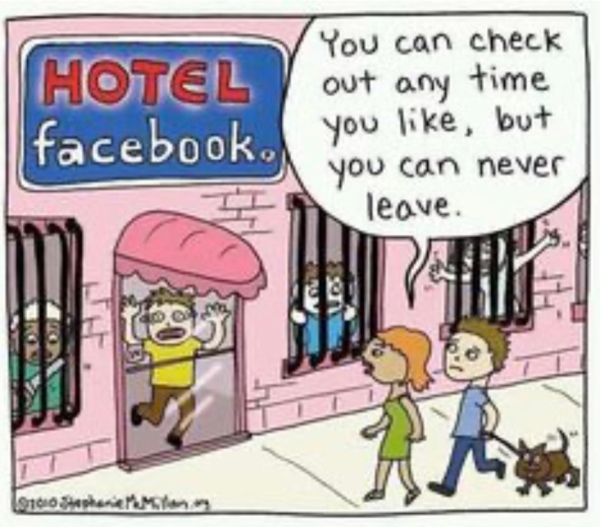 A tribute to all the young women who are constantly attempting to be bigger than the patriarchal shadows cast upon them. (This is in specific response to the most recent mauling by hundreds of men, of a girl who was making a video on Independence Day at Minar-e-Pakistan – a monument ironically, symbolising freedom and self determination).

Of TikTok, Murderous cans of soup and Global culture

So it was on another fun afternoon when CNN was more than just a news network; when it was my go-to for happy bouts of comic relief and when truth and reality really were unceasingly stranger than fiction. Those were the entertaining Trump years. On one such occasion, when I was already giggling inside at the orator that Donald Trump was NOT, there was another little gem of drollery that CNN displayed on the screen. The very witty, very funny attempt by some teens to give satirical life to one of the POTUS’ many gaffes: a little video of Donald Trump (DT) waxing (in)eloquently about forests not being swept often enough and water running up trees leading to the devastating California forest fires; and tins of soup being used as deadly ammunition in street riots. That video so tickled my fancy that I downloaded the application they call TikTok and proceeded to watch the clip another 3 times over. It was hilarious.

And that’s how and when I discovered the ADHD*-propelled world of miniature videos and the nuanced beginnings of a global culture if you will. I was swept into this world of ready made verbal/ musical/ physical/ atmospheric plot twists and outlines that were being fleshed at lightning speed by adolescents around the world. Each video a tiny but permanent testament to a specific geography, mindset, anatomy and talent; all brought together in brand new visions and perspectives. I was fascinated.

We, the Generation X or Baby Busters, came of age when the home computer was just starting to become a must-have in households; to not own one was perfectly normal too right into the late 90s. And so our entertainment spectrum of the pixelated variety was limited to Polaroid cameras, Nintendo games and clunky, weighty video cameras. We as adosclecents existed in our own little geo-cultural cocoons, only ever experiencing a different social reality when we physically visited a new place. It was tedious in terms of globalising trends, preferences, news and views. But like every one says, those were “the good old days”. Or so we like to believe; ignorance is bliss and we were all unsuspectingly sitting around in our own little worlds created as they were by whoever at that time, held the proverbial Hammer of Thor. The instant global reach of social media has changed all of that. Mostly for the better, some for the worse.

But coming back to TikTok, ever the analyst, I began to notice underlying nuances, messages if you will. Emotional, spiritual, passive- aggressive, outright aggressive, titillating, righteous, prying, flaunting, caring, daring video communiques from youngsters around the world. I realized that the platform is used predominantly as a psychological sounding board. A listening, seeing, understanding online therapist and friend that is always present. And while she’ll let you know what her overwhelming opinion is (the eminent right/centre/ left trend of the moment on any issue) she will also embrace your view of the world and add it lovingly into her electronic cache, memorializing it forever.

Our current world, beset as it is with microbial creatures and subversive political intrigue, has found many ways to engage and come together despite the plethora of man made boundaries. And it is our children that have broken through those factions, castes and creeds to seed a new online Statelessness if you will; a fuzziness of borders and a blurring of traditional ideals. When you filter out the chaff, these 10 second videos are a potent view into the minds and hearts of the next generation. They are a triumphant, liberated, unsadulterard psychoanalysis of the key drivers of our youth. The more evolved state administrators could learn a thing or 10 on how to better cater to our rapidly changing, information-teeming, truth-seeking world.

The detractors of these youth driven social media platforms may have some valid reasons but those should be used to understand the psychology of our children and to teach and guide them, rather than as tools to punish, demean and ban access altogether. The bull headed approach goes against everything that will help to nurture them as upright, productive, informed adults who will, in the not so distant future, be leading the nation-building charge in an ever challenging global backdrop. Also, when all’s said and done, it is as futile to censor something of this magnitude and reach as it is to stop the waves of the ocean from cresting and falling. Case in point: Pakistan banned YouTube for over 4 years from 2008 to 2012 because of a few “unislamic objectionable videos”. (Our dubiously qualified Information Minister wasn’t aware of the fact that the specific offensive videos/ channels could be banned so he went all out). But that didn’t stop illicit VPNs* from mushrooming to circumvent the ban. The tide of information flows on, one way or another, regardless.

And so, I am now a TikTok user of the spectator variety. I watch, glean, laugh, reflect, pause and triumph in the lives that have been put grandly, intrepidly, cathartically on display. And I salute the movers and shakers of these tiny glimpses into the heart and soul of our future; and for putting a little more quintessence into John Lennon’s eternal words: