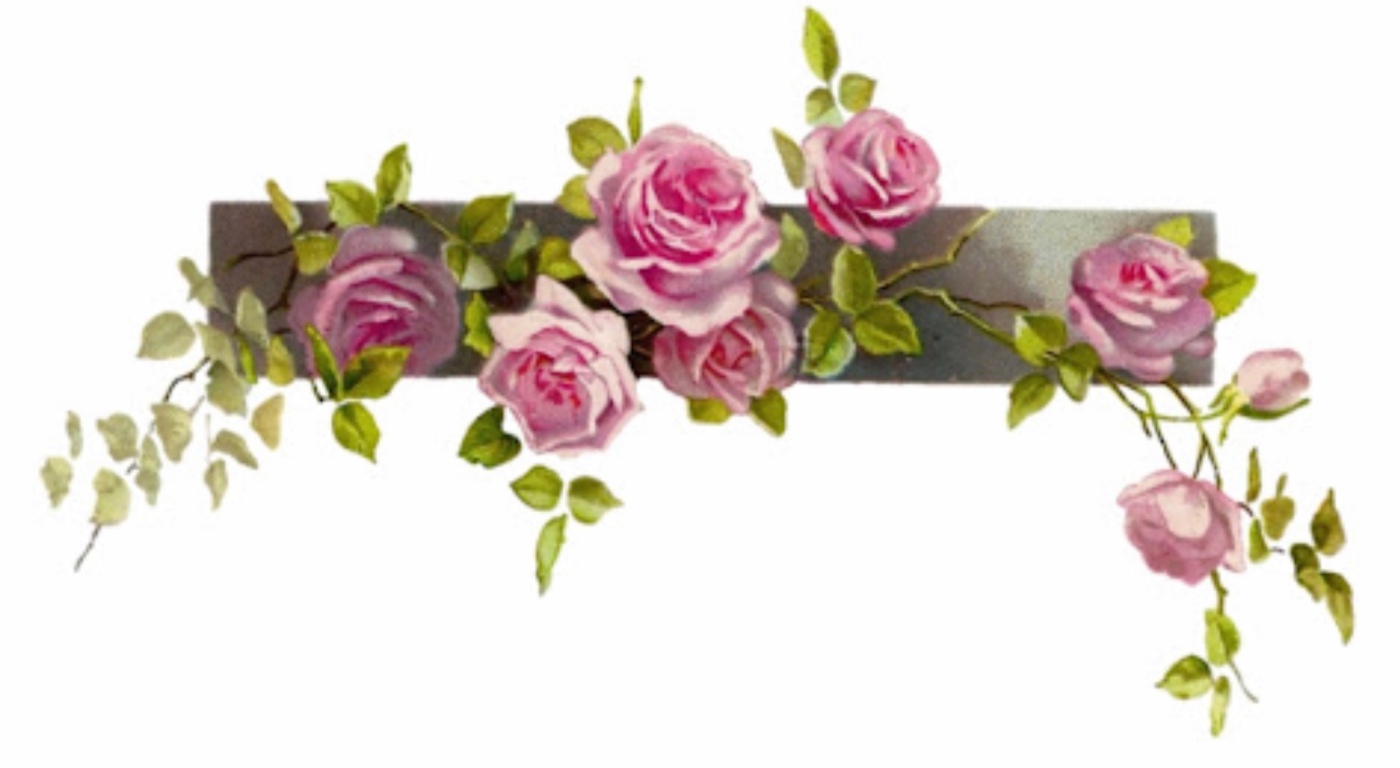 I, Inamullah Karamat have been a private investigator and settler of truth for twenty years now. I help people find out what is really happening with their loved ones. My only condition is that the subject of my inquiry be a close family member of my clients. I will not investigate strangers for reasons that are now as stringently professional as the repurcussions were once painfully personal. It is also for this reason that I do not openly or conventionally advertise my services. The Karamat Investigation & Lead Location Agency (KILLA) clients are all referral based from my loyal set of customers and even some transgressors-turned-customers.

I charge PKR one lakh for intra-city investigations and PKR two lakhs plus food and board for out of city work. KILLA has been at the forefront of bringing many knotty and frustrating cases to their final rest.

I first got a call from Mrs. B a few days ago (we never use the full names of our clients). She was a referral from another very good client of ours, Mrs. J. (I had done a bit of sleuthing for Mrs. J not so long ago on a nurse who is now settled in Sahiwal).

Mrs. B was going to explain her entire case to me on the phone but I firmly stopped her. Sharing initial information on any digital medium is against my professional credo. I insist on meeting in person. Complete and utter discretion is what I always encourage. Until end of case. Then I hand over a copy of all evidence to the client if they so wish. The agency maintains the record for a period of five years and then destroys it, upholding secrecy, reputation and space optimization.

Today, Mrs. B will be coming to my office.

I had to look for a dupatta in my wardrobe. One that matched one of my current suits of shalwar kameez. I myself am not a regular wearer of this garment. I find it gets in the way of so many things including my patience. I found a black one with enormous orange flowers, a vestige from an old suit that had lived the course of its natural life in my wardrobe at least a decade ago. I matched it to a sober black outfit that had burgundy paisleys on it. I was going to meet the private eye today and I had to look the part of the chaste woman who had been wronged. That avatar is important in our blessed homeland; to stave off conventional conjectures of how it might have been the woman’s fault, starting from the way she is dressed. I was in two minds about putting the dupatta on my head. I decided against it and instead wore gargantuan dark glasses, another yesteryear token in my wardrobe that had bested the trends of time.

I called Inamullah Karamat for the exact location in Aabpara market. He told me to meet him near the Jallandar Burger stand. I knew where that was.

I had just arrived at the rendezvous point when I saw a large man, obtrusive in the belly that perched unreservedly in front of him and the bright red suspenders between which he emphasised it. He was standing near the burger stand with his hands in his pockets and looking casual but also very conspicuous. The scene did not look promising for enterprises of the undercover variety. I myself do not usually judge a book by its cover (or suspenders) but I have to say that when I saw Inamullah Karamat, lead investigator, I felt somewhat anxious about him being the agent of my covert and cautious venture.

I looked at the man, not knowing exactly how to respond to this salutation full of committment and promise. He didn’t even know my issue yet and he was already assuring me of success. I was impressed. My drooping confidence in the investigator who was going to unearth difficult but essential truths for me, was resurrected once again.

I returned his greeting with a smile full of gratitude and encouragement.

We went to KILLA’s office.

Last night, I felt a strange inclination to look at my husband’s phone. I would never do that normally but I felt compelled. (In retrospect, the karmic hands of the universe were guiding me). There was nothing strange in the call list. I opened up his messages and that’s where I found probably the most damning evidence of his infidelity. Oh QA! why at this stage in our perfectly harmonious lives are you stirring that pot of luv shuv! There it was, the second last message from someone he had saved as MJ; the one just before the meme he had sent me of getting a bottle of medication for joint pain and then ironically not even being able to open the bottle.

The two messages glimmered back at me baring their incisors full of venom and the imprints of a woman called Laila. I was livid. And so upset. It suddenly hit me how much I loved QA and also of my now shattered bubble of confidence that he loved me back. I mean we were going to be celebrating our 40th wedding anniversary soon. 40 years! And he’s telling another woman of the state of his wretched heart! I decided that I was definitely more livid than I was upset.

I shared the messages with Inamullah sb*. (He had offered that I call him Inam bhai* but that just sounded awkward for a man I’d just met, and especially one I was paying to spy for me).

He said that he would soon have something concrete to share with me.

My colleague, Chaddu sb, started shadowing the subject after the visit from Mrs. B and payment of the 50% advance. After three weeks, we had collected enough evidence to formulate our conclusion. It was a tricky situation and one that I had not expected. How my client would react I could only guess at with apprehension while also calling on the blessings and forgiveness of the Almighty. (Toba! Toba!* Sometimes my work did heave up absurdities and enigmas that shocked and awed). We had established beyond a shadow of doubt that the subject, Mrs. B’s husband was going twice a week to the West Breeze apartments in Golra and meeting Masoom Khan the guard. (The J in the MJ saved on the subject’s phone was a ploy to mislead). They would sit together outside for close to an hour after which they would then both disappear inside the building. There they would stay for another 45 minutes. After that the guard would emerge (looking refreshed and happy – this was Chaddu sb’s personal observation and appears relevant to the case). 15 to 20 minutes later, the subject would emerge (with a spring in his step – also Chaddu sb’s observation).

Please note that we only put down prima facie observations, commonsensical deductions and facts into our case files so my personal thoughts on the propriety or impropriety of people’s behaviour are not relevant and therefore will not be made a part of this narration. The conclusion was that Mrs. B’s suspicions were indeed correct and her husband was having an affair; with the guard at West Breeze. Laila was the subject’s term of endearment for Masood Khan.

As I mentioned, informing the client of our findings is an event always fraught with emotion: incredulity, disbelief, shock, screaming denials and sometimes even a barrage of invective hurled at me for being the barer of facts. Finally there is either seething anger for the subject or copious tears for oneself. (Given that the clients already know that something is going on, the slew and intensity of emotions nevertheless pour forth thick and heavy. I have trained my ears and my nerves for this onslaught and have learnt early on not to take it personally). I was expecting nothing less in this case especially given the particular nature of the affair. I prepared to call Mrs. B to inform her of the facts. I would also request a final meeting where I will formally hand over the completed case file to her and receive the balance payment.

What rubbish! Have you lost your mind?!, the loud and berating eruption was out of my mouth before I could quite catch at the magma that went coursing through the ether to attack Inam Karamat’s ear at the other end. Immediately after, I capitulated to the best of my ability. He was just the bearer of the offending information.

I asked him if he was completely sure; that this was very unlike my husband. I mean, there had never ever been any indication to suggest that he was … not heterosexual.

Inam Karamat said that unfortunately he was was quite sure and that he had photo evidence: three sets of pictures of three separate occasions confirming the fact. To establish pattern be-yaand shedo of dowt, Inam Karamat added in English, thus endowing the otherwise implausible information with the absolute certainty that conclusions delivered in english tend to do.

I mean the affair was bad enough but to have it with another man! Somehow I couldnt even at my most uncharitable (or broadminded depending on how you approach the situation) imagine my husband involved in a homosexual relationship. Agonisingly, I was also overcome by the conundrum of whether QA’s pronouns were still he/ him or whether he now entertained an altogether changed identity. One thing I was sure of though – his adjectives: nasty and sly. Outrageous and shameful. Crazy as a March hare!

I asked Inamullah sb if he could send me a photo of the other man. He obliged. I took one look at the grinning face and was overcome with bewilderment; that changed to seething fury quite quickly.

Tomorrow I’m going to KILLA for the final time; with my husband. I haven’t told him where we are going of course. He deserves the humiliation of having his not so secret, sordid affair revealed to the world. Well… to the employees of the agency at least. I have to admit, the fact that they already know, has significantly watered down the catharsis of my retributive thoughts. Still, I don’t consider myself a vengeful woman, so this “catching out” scheme will have to do.